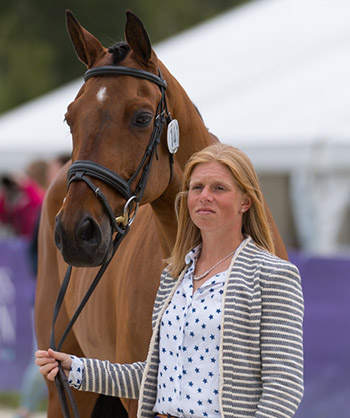 Ros grew up on the family farm at Hallington in Lincolnshire, where her business is now based. She spent her childhood riding around the farm with her parents and two sisters, and was an active member of the South Wold Hunt North Pony Club, producing her ponies from an early age.

Silver Curtis was Ros’ first horse and he set her on the road of affiliated eventing, leading to being shortlisted for the British Junior team.

Ros then studied Sport Science at Sheffield Hallam University, playing first team hockey and attempting to juggle her eventing with making the most of the opportunities presented at Uni. She represented Great Britain in the World University Equestrian Championships in Algeria, winning a silver medal in the show jumping.

Armed with a degree but little in the way of horses to ride Ros was persuaded to go travelling – and in those four fantastic months away she realised what she wanted to do with her life. Event. A supposedly short term summer job with Judy Bradwell (it turned in to four wonderful years) made the decision easy. 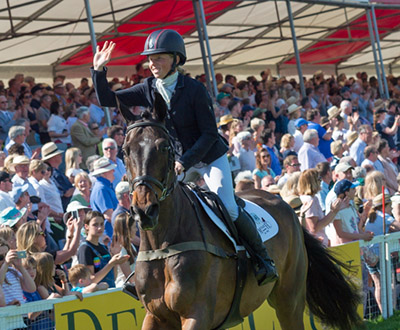 Ros started riding for Judy in 2008 and enjoyed many successes, most notably in Burghley Young Event Horse Finals and Young Horse Eventing Championships.

At the end of the 2011 season Ros made the decision to establish her business at Hallington and her reputation has gone from strength to strength. She enjoyed successful outings as part of the Great Britain Nations Cup team and, in 2015, achieved her first Land Rover Burghley CCI5* completion riding Allstar B – the pair winning the prize for best British first timers. They completed again in 2016, Ros having also been selected to travel out to Rio as part of the Ambition Programme, for a behind the scenes look at the Olympic Games.

In 2017 Ros, riding Allstar B, finished 5th, best Brit and highest placed lady rider at Badminton. This earnt the pair a place on the British team for the European Championships in Strzegom, Poland where Ros finished 5th individually and won a team gold medal. Zenshera also posted two top 10 finishes at CCI5* level.

Things were only set to get better in 2018. Ros and Allstar B took 3rd place at Badminton, Zenshera also 3rd at Luhmuhlen, both horses earning a place on the short list for the World Equestrian Games. It was Allstar B who made the flight to the States, and an immaculate dressage score finish resulted in both a team gold medal and the individual title of World Champions.

Allstar B finished the season as the British Eventing top points winner for the year, with Zenshera second following a 5th place at Pau CCI5*. Ros ranked 2nd on the FEI World Rider Points table.

Despite not competing in the early part of 2019, Ros did attain World Number One status for the month of May. In July she and partner Chris welcomed their first baby, Ziggy Grace, Ros returning to competition just a month after the birth, posting some great international wins.

2020 was a season no one will forget, thanks to Covid 19. Ros still enjoyed success at events which were able to run, Allstar B remaining on great form to win the CCI4*S at Burgham with a record breaking dressage score and Izilot DHI winning his international class at the same event. 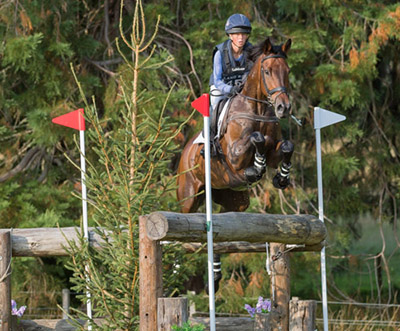 In 2021, with events gradually returning to normal although without Badminton or Burghley, Ros posted excellent results across the levels. Lordships Graffalo won two CCI4*-S and finished runner up in two CCI4*-L; both Izilot DHI and Shannondale Nadia won CCI3*-L classes, and Pencos Crown Jewel successfully stepped up to CCI5* level with a fourth place finish at Bicton.

Ros had the unenviable task of being travelling reserve with Allstar B for the Tokyo Olympics, never an easy role to fill but one she threw herself in to. Selected on both Allstar B and Lordships Graffalo for the European Championships, it was Allstar B back on the road. Lying in second place after the dressage, the twisty cross country course took its toll and the pair picked up penalties – although the team did bring home the gold medal.

She remains totally grounded. “I am incredibly lucky to be based at Hallington, with such supportive and forward thinking parents. Mum not only spends hours every day helping me but she has developed her livery business and so our facilities are superb,” says Ros. “I continue to love my sport, as well as diving, and I enjoy spending time with my friends and family.”