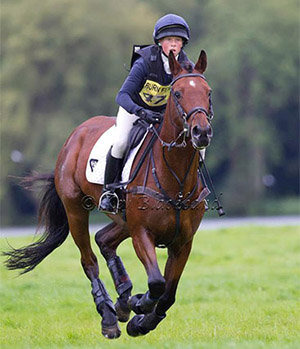 Ros made her Nations Cup debut at Ballindenisk where Zenshera put in a great performance, clear inside the time across country, to finish fifth individually with the British team topping the table.

Ros commented on the Britannia League: “It’s really great to be in with a shout of leading a league which recognises your achievements when you don’t have the strength in depth of a lot of the top British riders who have multiple horses at three or four star.

“I have a lot of young horses coming up through the ranks so it’s lovely to be rewarded for my achievements with them as well and also acknowledge their incredibly supportive Owners.” Ros also appears further down the rankings in joint second place with Caroline Moore’s Allstar B.

This unique league was launched to reward British owners and their riders and horses riding at three star level, who have not yet registered a result under the British flag at Senior Championship level and is calculated using the British Eventing points system.