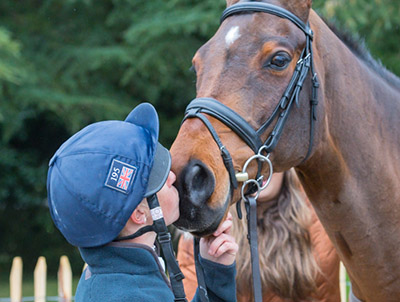 It might not have been the dream ending for Ros at Pau, but she was still totally delighted with Zenshera.

The pair lay in 2nd place after dressage on a score of 24.1, before jumping clear round a cross country track that caused plenty of problems. With 7.2 time penalties to add to their score, they finished the day in 4th place, moving up to 3rd before showjumping due to a withdrawal.

Two rails down in the showjumping cost them a couple of places, but as Ros said: “It was a big track for him, and he had worked so hard yesterday on the cross country. I’m super proud of him, as always.”

In the last two seasons Zenshera has done four CCI4*, finishing 3rd, 5th, 7th and 9th. His last cross country fault was in 2013, and he has done 25 International events – of which 24 have been clear cross country. “I think he officially has hero status!”