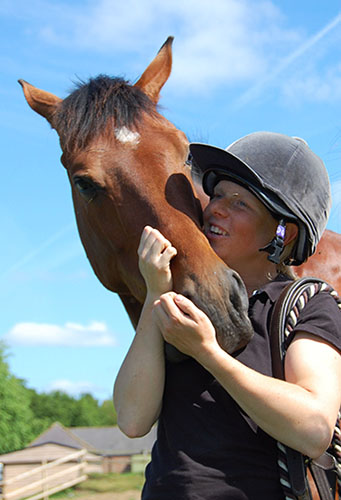 I have had a busy but successful start to the season with all the horses from the yard pulling out some impressive results.

The most exciting result so far has come from Zenshera who finished 5th in the CICO*** in Ballindenisk and at the same time helped Team GB to a win in the 2nd leg of the FEI Nations Cup series. Caroline Moore’s Allstar B also made an exciting step up to CIC*** with a dressage test that we were thrilled with and storming round the xc, making it feel much easier than it actually was.

Kath and Chris Walsh’s Calista has come out this season much more settled and relaxed and picked up 8th and 4th in the Intermediate’s at Oasby and Belton. Joanne Pullen’s 7 year old Cekatinka has stepped up to Intermediate with an 8th and 6th place following on from a 3rd in the novice at Lincoln. Her dressage has improved dramatically over the winter, scoring a 24 and 25 in her first 2 intermediates!

The younger horses have also been on good form. My own 6 year old Whizz Kid made his eventing debut at Oasby where he finished 3rd. He followed this with a 2nd at Lincoln, a win at Burnham Market and went double clear in his first novice at Milton Keynes. He has combined all this with being an absolute pleasure at events, gaining the nickname Grandpa because of his impeccable manners!

Joanne Pullan’s Remi Nero stepped up to novice at Milton Keynes after a win at Burnham Market and really impressed us with a 28 double clear. Ian Scott’s 5 year old Spring Ambition came straight out at BE100 level and has already picked up two 3rds in as many outings! The Copestake’s Damora gained two 3rds at BE100 and will now make the step up to novice at Richmond. My own No Excuse had his first party at Oasby where he jumped an easy double clear round the BE90. He now heads to Northallerton and then to do some young event horse classes.

I have also got some horses in to produce for their Junior riders who are busy with ponies, other rides and schoolwork! Atlantic Cruising took a 4th in the BE100 at Great Witchingham, Golden Master came 4th at Kelsall Hill in his last novice and Napoean Van Overis Z made his eventing debut at Milton Keynes with a 27 and double clear in the BE90.

We have lots of exciting weekends on the way with Rockingham Castle, Chatsworth and then Houghton as our next Internationals.