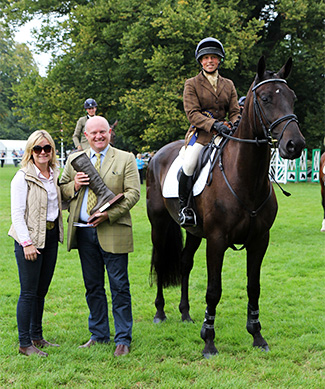 It must be the end of the season because I have come inside to write this having finished all of my riding by 5pm.

I would like to say that my first week having finished eventing has been relaxing, but so far the appearance of 4 diggers and a crane to move some electricity pylons has caused quite a distraction for the horses in work. The only horse to be completely unphased is the youngest horse on the yard!

The last third of the season has flown by, with events every weekend and the lorry filled on most occasions. The young horses have surpassed all expectations this year and have left me feeling very excited about the next few seasons.

Winning the four-year-old Young Event Horse final was a fantastic achievement for Fullham’s owner and her team at home. They have done all the work on him at home and for a horse with limited outings to perform at Burghley with such coolness was very impressive. Sharon had a 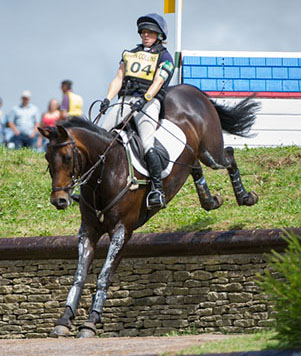 day to remember when Shannondale Sue also finished 4th in the five-year-old final, producing an incredible jumping round and showing that height doesn’t stop you jumping big!

Calista at the Festival © Trevor Holt

This year I have had four five-year-olds to produce. I was very proud but also a bit panicky to get them all qualified for the Young Horse Championships at Osberton. Four horses in one section at an event where I had 7 horses competing. It was a logistical nightmare but with a huge thank you to my Mum, Sarah, Lauren and all of my owners, three of the five-year-olds finished in the top ten, with Michele Saul’s No Excuse finishing 3rd, Shanondale Sue 4th and Jamakin Sport Horses Pencos Crown Jewel in 7th. Although it wasn’t Spring Ambition’s day, for a five-year-old she has had a fantastic season with two wins and a 4th in her second novice.

Also at Osberton we had the Walsh’s Calista who capped a fantastic season with a 6th place in the CCI**. Cali is a horse who I am very proud of. She hasn’t always been the easiest but with 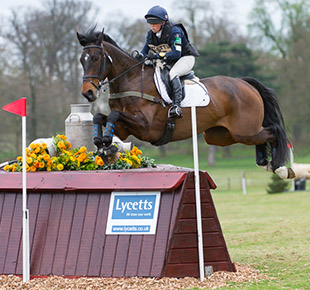 patience and the support of her owners she has gone from strength to strength this year. One of her highlights was coming 7th in the Novice Championships at Gatcombe in an atmosphere that would have previously unsettled her.

Allstar B at Belton © Trevor Holt

Back tracking slightly, Caroline Moore’s Allstar B finished his season at Blair, competing in his first CCI***. He put in a very exciting performance for next year with a personal best dressage and great jumping rounds. Unfortunately we had a run out at a skinny brush following a bounce to two steps down. I rode it thinking he would be a bit green and ended up bypassing the skinny at speed! Lesson learnt for next time and he made the rest of the course feel easy!

Other horses who have had some great top ten results in one days include Joanne Pullan’s Cekatinka, who won her Intermediate at Allerton Park as well as the CCI1* at Houghton, Alex 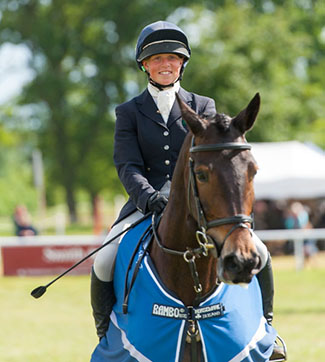 Tordoff’s Cool Jack who has progressed really well after a late start eventing. He was a winner at Aske and runner up at Norton Disney, also jumping a really classy round in his first novice at Oasby.

So that’s it…All over for another year. As usual it has flown by and I am sure the winter months will do just the same. My thermals have already made an appearance for hunting and my hockey stick is coming out for the third time this weekend! The horses will all enjoy a bit of downtime at various times over the winter before cracking on with some training.

I have so many people to thank for making this year such a successful one. My owners and their lovely horses, and my team of helpers who seem to be made of stuff stronger than most! A big thank you must also go to UK sport and national lottery funding who have given me some invaluable help this year. Lets hope that next year is another happy one!