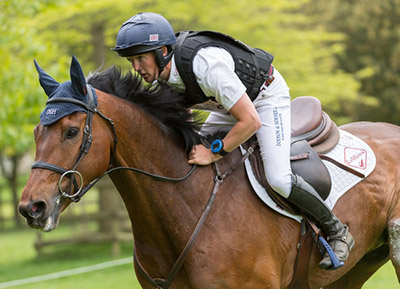 Tom McEwen next stood in for Ros at Great Witchingham, where Rehy Royal Diamond had a steady run in the open intermediate, a couple of rails down and cross country time penalties keeping the pair out of the ribbons.

Finally, Georgie Frow had another outing on DHI Jura at Speetley, finishing not far out of the ribbons.