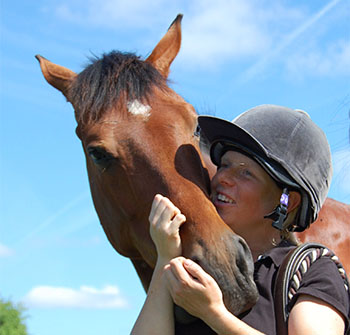 It was an outing for the babies at Speetley, with both Hilano van de Klinkenberg and Grafics running HC in the BE90. It was Ros’s first run with the six-year-old Grafics, and the pair followed a 20.8 dressage score with a double clear – albeit collecting a lot of time penalties.

Hilano van de Klinkenberg also did a good dressage test, scoring 26.8, and show jumped clear but picked up 20 jumping penalties across country – however, it was only the second outing of his career.

Ros’s final ride, Rehy Royal Diamond is another new one. They added a rail down to their dressage score to pick up 5th place in a BE100 section.

Next stop for Ros, Luhmuhlen with Alfie 🙂