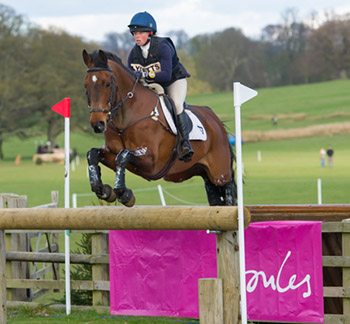 Zenshera is patently pleased to be back out competing, jumping his third consecutive double clear this season in the CIC3* at Belton Park. Ros took it reasonably steady, to finish 27th out of over 125 starters.

Allstar B was also in action and had a good pre-Badminton run, clear across country but with a couple of rails down which dropped him a little behind his stable mate.