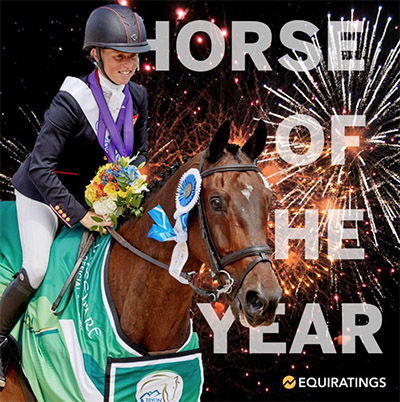 As New Year’s Eve approached, there was one last accolade to be awarded. Allstar B beat Badminton winner Classic Moet to the title EquiRatings Horse of the Year 2018 in a public vote.

“The world champion beat Classic Moet in the closest final vote we have ever had. Molly has fans all over the world so this was no easy win.

“Great things await in 2019 and beyond. Well done champ.”