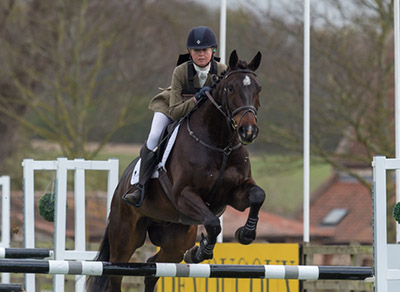 Tom Jackson and Tom McEwen were both in action at Bicton Arena. Tom Jackson ran Pencos Crown Jewel in the open intermediate, posting a good dressage score of 25.7 and show jumping clear before taking it steady across country. The pair finished in 13th place.

Meanwhile Tom McEwen rode Rehy Royal Diamond in the CCI3*-S, also putting in a good dressage performance and jumping double clear – but collecting the new 15 penalties for touching a flag on the cross country.

Georgie Frow had a good outing to Solihull, winning a novice section on her own TS Shanghai, and narrowly missing out on a rosette with Chas Smash who was clear inside the time round the BE100 cross country and lowered just one rail in the showjumping to finish 12th.